In the last decade, influencer marketing proved to be one of the most effective ways of grabbing the attention of audiences who are tired of the onslaught of direct advertising that’s, well, everywhere.

Done right, influencer marketing makes your product or service look more legitimate. It builds trust and surges brand awareness (if you’re still not sure about the benefits, check out my blog: ‘What is influencer marketing?‘), but done wrong, it can have the complete opposite effect.

Brands don’t always get it right. And, when it comes to betting on the influence of high-profile individuals, the stakes are even higher.

So, let’s have a look back at 4 of the biggest influencer marketing ‘disasters’ from the last decade – and how the brands and influencers dealt with the fallout.

In 2017, model and reality superstar Kendall Jenner appeared in a Pepsi ad that triggered mass controversy for trivialising the ‘Black Lives Matter’ movement.

In the ad, Kendall is seen stepping away from a modelling shoot to join a crowd of young, diverse protesters. She hands a can of Pepsi to a police officer, who takes a sip and smiles at his colleague while the crowd cheers.

Check it out here:

Many felt the ad was a cynical attempt to profit from an important movement and called for it to be taken down, with civil rights activists speaking out against it too.

Pepsi ended up pulling the ad, issuing a statement of apology saying they had intended to ‘project a global message of unity, peace and understanding’.

Another Kardashian-adjacent influencer (because how could we not talk about the Kardashians when talking about influencer marketing?!) who’s raised eyebrows is Scott Disick, who in 2016 landed a paid post with weight-loss supplement, BooTea.

But what was meant to be a straightforward sponsored Instagram post went awry when he inadvertently posted the instructions in full into the caption.

It did not go unnoticed.

While Scott quickly deleted the post, screenshots were circulated and picked up by multiple publications, making what should have been a run-of-the-mill sponsored post go viral.

Publications like Refinery29 labelled it the mistake that “made it embarrassingly transparent how celebrity Instagram endorsements work”.

However, it actually ended up giving BooTea significantly more coverage than the intended post. And even though it might have been one of the more ridiculous influencer marketing slip ups of the decade, it seemed to help put them on the map.

In recent years, influencers have been receiving more and more hate online. The main criticism is that they promote a life that’s, at best, unrealistic, at worst, entirely staged.

The lifestyle influencer (who had 45k followers on the ‘gram at the time) posted a picture of her drinking tea in bed, surrounded by balloons, breakfast food and other luxury items that aren’t part of what most people would consider a ‘normal’ morning routine.

Here’s the post (see if you can spot the Listerine bottle!).

The best of days start with a smile and positive thoughts. And pancakes. And strawberries. And bottomless tea. My morning routine is now live on YouTube – and while I don’t show you my real bed hair (trust me, it’s not pretty), I do give you a little insight into how I start my day in a positive way. Head over to my stories for a swipe up link – and let me know what you think! It features my morning habit of rinsing with Listerine Advanced White to help whiten my teeth. @listerineukireland #BringOutTheBold | This is a paid partnership with Listerine.

The image just didn’t ring true for users. And the internet branded it ‘ridiculous’.

Fuck off this is anybody’s normal morning.
Instagram is a ridiculous lie factory made to make us all feel inadequate. pic.twitter.com/arV7uCusiJ

This post is particularly infamous because it resulted in such a huge campaign of hate directed towards Scarlett. She revealed that in the fallout, she received multiple death threats and responded: “Of course it’s staged, it’s Instagram!”

She added: “I personally don’t think my content is harmful to young girls but I do agree Instagram can present a false expectation for people to live up to. And I am wholeheartedly sorry if I’ve ever made anyone feel inadequate through my content.”

The incident shone a light on the importance consumers place on authenticity – a crucial lesson for brands.

Back in 2017, plus-size clothing brand Simply Be ran a campaign, #WeAreCurves, that aimed to celebrate larger bodies.

Since the campaign was all about embracing curvy figures, it featured three ‘plus-sizer’ models, including Iskra Lawrence (size 14) Marquita Pring (size 18) and Denise Bidot (also a size 18).

But despite Simply Be’s attempt to portray an incredibly positive message, the campaign received mixed reactions.

Some users pointed out that, despite the brand carrying sizes 12-32, the influencers they used for the campaign were still a palatable version of ‘plus size’. Many were disappointed they had wasted an opportunity to embrace bodies that were outside of beauty norms.

Are those @SimplyBeUK models suppose to be plus size? Is that some kind of sick joke?

But others still praised the retailer for including bigger women:

I normally HATE annoying Youtube Ads. But this came up & got me all like yaaaas Queen. All the curves ? ?@SimplyBeUKhttps://t.co/2wVAzs2UpD

Simply Be responded that the campaign was intended to be inclusive of a range of body types.

Simply Be seems to have taken their audience’s views seriously, though, and last year they poked fun at the lack of body diversity in Love Island with a campaign that used models of a range of sizes, races and with disabilities.

It’s pretty clear that brands don’t always get it right, for a whole myriad of reasons.

We all make mistakes, and it’s not always easy to know what the public’s reaction to your messaging will be.

But making a mistake online as a brand is never as bad as it seems at the time (all these brands and influencers are still going strong!). In fact, as long as you’re proactive in responding, take accountability and directly address your audience’s concerns, slipping up can actually work in your favour.

I always say that authenticity is key – it’s something that 91% of consumers want from brands, and making and admitting to mistakes is a great opportunity to come across more authentic, and a lot more human. 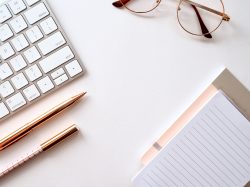 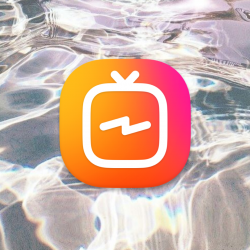 Tips from an Influencer